Serving Vashon Island since the 1970’s, this knows the people, lifestyle, and local specifics like nobody else. In 2015, west sound native Jeffrey Cole purchased the firm from “Williams and Callan” to ensure the firm maintained its local team and involvement in the community. 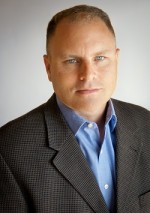 Jeff grew up in the Puget Sound after moving to Tacoma from Fairbanks, Alaska, due to a change of duty station for his father.  After attending schools in Tacoma, Graham, and Belfair, his family put down roots in Kitsap County.  After graduating from South Kitsap High School (1986), Jeff attended a college in Tacoma on an athletic scholarship then finished his degree and college baseball career at a school in Los Angeles, California.

In the early 1990’s, Jeff served on the accounting and auditing staff of Capin, Crouse, LLC (Los Angeles), a national public accounting firm specializing in providing public accounting and tax services to not for profit organizations and small businesses nationwide.  In the mid 90’s, moved to North Carolina as Chief Financial Officer and a member of the Board of Directors of a global not-for-profit organization with 40 employees in over twelve nations worldwide. He was responsible for oversight over all financial, tax, and personnel matters of U.S. and international operations, including serving on the Board of Directors of foreign NGO’s in Israel and Romania.

Now back in the Pacific Northwest, he is the owner of Jeffrey D. Cole, Certified Public Accountant, a public accounting practice committed to serving the full bookkeeping, tax, assurance, payroll, and planning needs of business and not for profit organizations on Vashon and the greater Puget Sound area, as well as businesses nationwide.  Jeff has frequently been featured as a speaker across the country for the Christian Camp and Conference Association on tax and accounting issues facing not for profit organizations.

Jeff’s volunteer service is extensive, including serving on the Board of Directors of Duyugda (a non-profit organization committed to the continuation and instruction of the Cherokee language among the Eastern Band of Cherokee Indian), Hope for Families (domestic violence shelter and assistance organization) and Amputees in Action (a non-profit organization committed to encouraging an active lifestyle among the amputee community) and bible teacher at Christian Love drug rehabilitation and recovery center.

As an ordained minister, he actively serves in the Washington State Army National Guard as a Brigade Chaplain (MAJ) with the 81st Stryker Brigade, 7th Infantry Division (Joint Base Lewis McChord).

Jeff has been married to Gena for 27 years with three children, Preston (24), Madison (22), Alison (19). Hobbies include coaching local youth sports, competing in half iron-man triathlons, and trying to win a ping pong match against his wife. 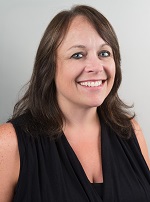 Becky Jenkins – Bookkeeping Manager
Becky has 20 years of experience in accounting including government, private and public industry. Her areas of particular knowledge include cost accounting, inventory, and payroll, reconciliation of accounts, Inter-company accounting with individual and consolidated financial reporting.

Her interests include spending time with her kids and granddaughter, camping, hiking, attending music concerts and festivals, and traveling (especially road trips).  Over the years Becky has actively supported the local community as a volunteer at Chautauqua Elementary in the Junior Great Books program, active participation in the Water Conservation Coalition, promoting education on water conservation to the youth on the island.  As a Girl Scout leader on Vashon, for 5 years the troop cared for the flower beds at the library and also participated in Operation Christmas Child every winter, preparing shoeboxes of goodies and supplies for the homeless teens on island.

Education:  Vashon High School (1990); three years of coursework at the University of Washington and City University 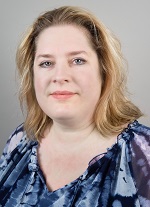